Who is Willis Eschenbach? 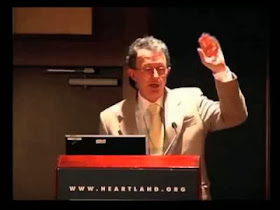 As of 2012, Mr. Eschenbach has been employed as a House Carpenter.

He is not a "computer modeler", he is not an "engineer" and he is certainly not a "scientist" (despite all ridiculous claims to the contrary).


"A final question, one asked on Judith Curry's blog a year ago by a real scientist, Willis Eschenbach..."

Willis Eschenbach has been a guest poster at Watts Up With That since June of 2009 and has had 20 pages of his writings indexed since tagging his posts began in December of 2009. Unlike apparently most of his regular readers, I took the time early on to check the credentials of Mr. Eschenbach;

Granted Mr. Eschenbach has an extensive background in Commercial Fishing, Construction and the Peace Corps, none of this has anything to do with real science.

With so many highly credentialed skeptical scientists to get my scientific information from, I generally ignored his posts and rambling stories.

This was until a post was made by Dr. Spencer correcting Mr. Eschenbach (who did not take the criticism well) and brought to light just how damaging the spread of misinformation by an amateur scientist can be. Unfortunately, Dr. Spencer's warning may have fallen on deaf ears.

The bigger concern is that Mr. Eschenbach either misrepresents his credentials or knowingly allows them to be misrepresented. Since he is so insistent that credentials do not matter, he should be the first one to correct these and I should not being doing his job for him;

In 2009, he was incorrectly labeled by the Daily Telegraph as a "scientist",


But just when you think it can't get any better, along comes this cracker of an expose at Watts Up With That, courtesy of scientist Willis Eschenbach.

Without the qualifier "amateur", this egregiously misrepresents his educational and professional experience and elevates an amateur's opinion to a level he has not earned.

In 2010, he was incorrectly labeled by the New York Times as an "engineer",


"I'll let you in on a very dark, ugly secret — I don’t want trust in climate science to be restored," Willis Eschenbach, an engineer and climate contrarian

Yet, he failed to correct this misinformation when given the chance,

My comment to the piece in the NYT (number 197 in the stack) was this:

As one of the people quoted in the article, I’d like to commend the New York Times for several things.

1. The article is generally well balanced.

2. I am quoted directly, rather than paraphrased, and my original article is cited. This minimizes misunderstanding. I encourage people to read my article. [...]

My best to everyone, and my congratulations to John Broder and the New York Times."

He finally owns up to this misrepresentation in 2013,

In 2011, he was incorrectly labeled by the Daily Telegraph [archived] as a "very experience computer modeler" [since corrected after I contacted the paper]. The context of which was clearly as a climate or scientific modeler,


"The study, based entirely on computer models, focused on the exceptional flooding that took place in England and Wales in the autumn of 2000. [...]

Why had this strangely opaque study been based solely on the results of a series of computer models – mainly provided by the Hadley Centre and RMS – and not on any historical data about rainfall and river flows? [...]

In the real world, the data show no evidence of an increase in UK rainfall at all. Any idea that there is one seemed to be entirely an artefact of the computer models.

On Friday came the fullest and most expert dissection of the Nature paper so far, published on the Watts Up With That website by Willis Eschenbach, a very experienced computer modeller.

Again, he failed to correct this misrepresentation when he had the chance.


It’s Not About Me
Posted on February 28, 2011 by Willis Eschenbach

"One response to Christopher Booker graciously mentioning my work in the Telegraph..."

When challenged on this in 2013, Mr. Eschenbach decided to double down on the misrepresentation of his credentials,

"So while you are correct that I’m not an engineer, nor have I claimed to be, I am indeed a computer modeler of some small ability"

Mr. Eschenbach has no relevant computer programming experience. He was never trained or employed as a computer programmer, let alone a "computer modeler". He fails to list a single name of a program he actually wrote on his CV (unheard of for a real programmer) that can be verified for their quality and as confirmation of the programming languages he claims to be proficient in.

However, there is extensive evidence that he is a user of Excel and writes macros.

"I program in Excel because I’m an order of magnitude faster in Excel. I have a host of specialized functions and macros that let me do the various functions and actions quickly."

Hardly the credentials of a "computer modeler".

Criticism: "Anyone who follows the scientific method is a scientist."
Rebuttal: A scientist is "a person who is trained in a science and whose job involves doing scientific research or solving scientific problems." Willis has no educational background or any professional experience as a scientist. The only thing he can be considered is an amateur scientist.

Criticism: "Popular Technology.net disagrees with Mr Eschenbach's scientific work."
Rebuttal: This is disingenous as his papers appear on our list of peer-reviewed papers.